“This killing will be a model of perfection. An accomplishment to be proud of. And it could be tonight or maybe 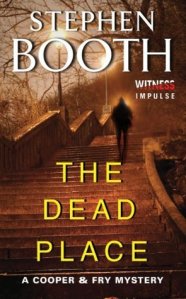 next week. But it will be soon. I promise.”

The anonymous phone calls indicate a disturbed mind with an unnatural passion for death. Cooper and Fry are hoping against hope that the caller is just a harmless crank having some sick fun. But the clues woven through his disturbing messages point to the possibility of an all-too-real crime . . . especially when a woman vanishes from an office parking garage.

But it’s the mystery surrounding an unidentified female corpse left exposed in the woods for over a year that really has the detectives worried. Whoever she might have been, the dead woman is linked to the mystery caller, whose description of his twisted death rituals matches the bizarre manner in which the body was found. And the mystery only deepens when Cooper obtains a positive I.D. and learns that the dead woman was never reported missing and that she definitely wasn’t murdered. As the killer draws them closer into his confidence, Ben and Diane learn everything about his deadly obsessions except what matters most: his identity and the identity of his next victim. . . . 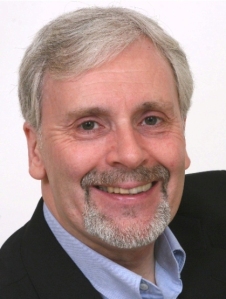 Stephen has been a Gold Dagger finalist, an Anthony Award nominee, twice winner of a Barry Award for Best British Crime Novel, and twice shortlisted for the Theakston’s Crime Novel of the Year. Ben Cooper was a finalist for the Sherlock Award for the best detective created by a British author, and in 2003 the Crime Writers’ Association presented Stephen with the Dagger in the Library Award for “the author whose books have given readers the most pleasure”.

The Cooper & Fry series is published all around the world, and has been translated into 15 languages.

You can read my review of ‘The Dead Place’ here.